You're going WHERE on a missions trip? 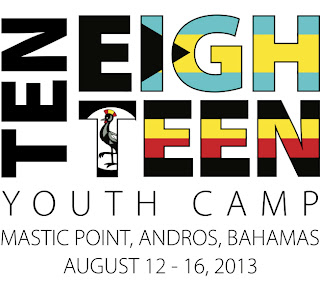 It's happening. I almost can't contain myself. In six short days, I will do something I've longed to do since one cold November night in college over 20 years ago when I handed out bagged lunches to homeless people in the poorest (read scariest) parts of New York City in the middle of the night. From that moment, when their grateful looks with humbled eyes melted my heart and awakened an awareness to a world that existed outside of my own, I've wanted to be part of something bigger. Now I have that long-awaited opportunity. It's going to be pretty amazing. I might not come back.

I've done my share of serving those less fortunate than I over the years. From raising or donating money for other people's mission work to regularly serving meals at a rescue shelter, leading our American Heritage Girls troop in collecting thousands of diapers to packing school supplies in backpacks for kids in the projects of Durham, NC, I've been blessed to have the opportunity to serve and personally get to know the meek and the poor. I cherish this part of my life, and I believe God calls us all to do these things (Matthew 25: 31-40). Probably more for our own sake than the sake of those we are serving. There's something eloquently humbling about loving on those in whatever ways they need at the moment. I think Jesus called us to do these things for our own hearts, because the meek are already going to inherit the earth anyway (Matthew 5:5).

And now, at the age of *cough* for- *choke* -ty *gag*, I will embark on an adventure I've dreamed about for the better part of the last decade. On Saturday, I will set comfort aside and head to the poor (and stifling hot) island of Andros on my very first-ever missions trip. Our mission for this trip is hosting a youth camp (along with any other ways we find we can serve while we are there.) Nathan (my 18-year-old son) and I will be leading worship and our team of 10 will be putting on a Vacation Bible School and sports camp for the week. I'm super excited to be able to share this journey with Nathan, and am excited for him to be able to experience this at a young age in hopes that it will change and mold him to become an even better servant than he already is.

So, where is Andros, you ask? (It's okay if you have to look it up. I did. And I taught world geography to middle schoolers last year.) I'm a little afraid to tell you, actually. When most people hear "missions trip," they usually think of desolate places in third world countries far away where kids are living in squalor and are lucky to eat once in a day. And that IS where the majority of mission trips take place. But when I tell you that Andros is in the Bahamas, you're probably going to change your vision of what this trip will be like. Don't.

Before you go rolling your eyes and leaving this post in disgust, let me give you some facts about this little-known island. (The fact that you probably had never heard of it until now should tell you something.)

Andros:
*5th largest island in the Caribbean (largest in the Bahamas)
* 90% of the landmass of the Bahamas but only 2% of the population (around 4,000 people)
* Main source of income: Commercial fishing and crabbing, mostly for export to markets in Nassau
* There is very little infrastructure, very few jobs, and no elderly or hospice care.
* Farmers live on less than $9,000 per year (the maximum amount the government will pay them for their crops.) Most quit farming for the year as soon as they reach this amount.
* If you aren't a fisherman, a farmer, or employed by one of two of the island's "big" companies (The Bahamian government and the Navy's AUTEC base), you likely don't have a job and thus don't have any income. This is the reality of most people living on the island of Andros.

There are no resorts. There are no hotels. There are no steakhouses. There are no big grocery stores. There won't be any tourists or tourist gift shops. If we want to eat "out," we'll likely have to find a family-run "restaurant" where they will probably have to go catch our dinner first before they cook it for us. We could wait up to two hours to eat supper from the time we order it. This, apparently, is life in Andros. I might not come back.

We're staying at a "Bed & Breakfast" run by Mrs. Beneby, a native woman with a heart for helping the people of Andros. Her daughter sends food and goods from Florida about once per month for her to sell or distribute among those in need and she runs this little inn for the comfort of the few visitors that do come to the island. We will have air conditioning. I've heard we'll have to run around in the shower to get wet. (I might not be washing my hair the whole week.) I won't have phone service. We might have internet. Ms. Beneby will make us breakfast every morning and I'm sure be filled with stories and tales of island life. I cannot wait to meet this woman. I really might not come back. 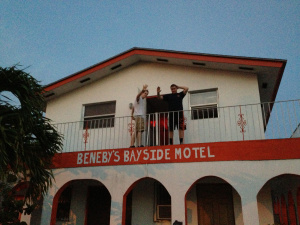 I do feel a wee bit guilty heading off to such a beautiful place on my sponsors' dime (er....thousands of dimes. And, thanks to ALL of you who supported us, whether financially or in prayer!) At any given moment, there are permanent missionaries and people on short-term mission trips alike facing dangerous situations in unheard of living conditions. Their lives and their health are at risk. They likely spent many hours (if not days) on airplanes to get to where they were going and have, or will, experience a tremendous amount of jet-lag on both ends. I didn't have to get any shots, get to remain in the same time zone, will be at my destination in less than six hours, and can walk down the street at night without worry. Oh, and with this view on my way: 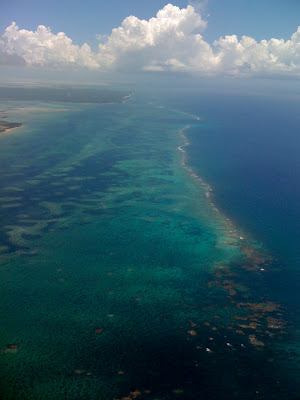 
But just because the location looks like this from the air does not mean the people living there are any less in need or deserving of help or the love of Jesus. In fact, I would venture to say they are in even more of a need than places with regular mission team visits. There are currently no missionaries doing work in Andros, nor have there ever been. The island has been largely overlooked; it's existence forgotten since Jacques Cousteau first explored its "Blue Holes" in 1970.  I get to be part of an inaugural team who hopes to bring a little bit of Jesus to the people of this island. That is coolness.

In a place where life is slow, people are poor, and the world apart from the island likely feels like a galaxy away, it is probably not hard to feel forgotten or ignored. My hope is that I can show the people of Andros that the world and its attention are meaningless. That the One who matters most will never forget them, never forsake them, and loves them more than they know. And that, though the destination may be beautiful and enticing, it's not the reason we're there. The occasional tourist may come and go; but we hope to remain in their hearts forever. 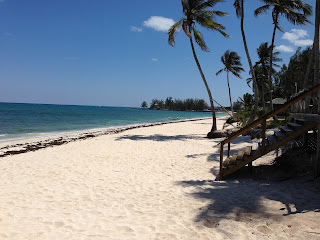 I'll be journaling and blogging throughout the trip. You can also follow our Andros Missions Trip Facebook Page for updates and pictures throughout the week. I'll be hashtagging on Twitter under #androsvbs. We'll be gone 8/10-8/17. I'll post when I have internet....and energy. And, hopefully, I'll come back.

For more information on the non-profit I'm teaming up with for this trip, go to the 10 Eighteen Website. My friend, Jennings, heads up this organization. She's awesome in more ways than I can count. Check her out here and be inspired. And maybe buy one of her books. 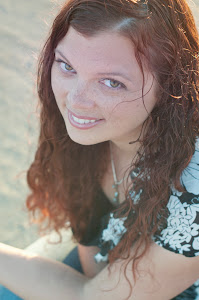